The Circular Construction Economy Transition Agenda describes the Netherlands strategy for achieving a circular construction economy by 2050. It builds on the 'A Circular Economy in The Netherlands in 2050' programme (‘Nederland Circulair in 2050’) and The Raw Materials Agreement (‘Grondstoffenakkoord’), entered into in January 2017, in which a large number of organisations commit to the goals set in the national CE programme. 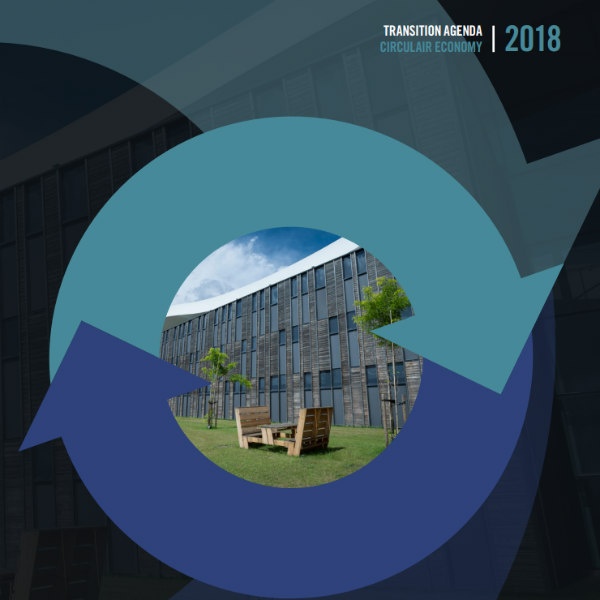 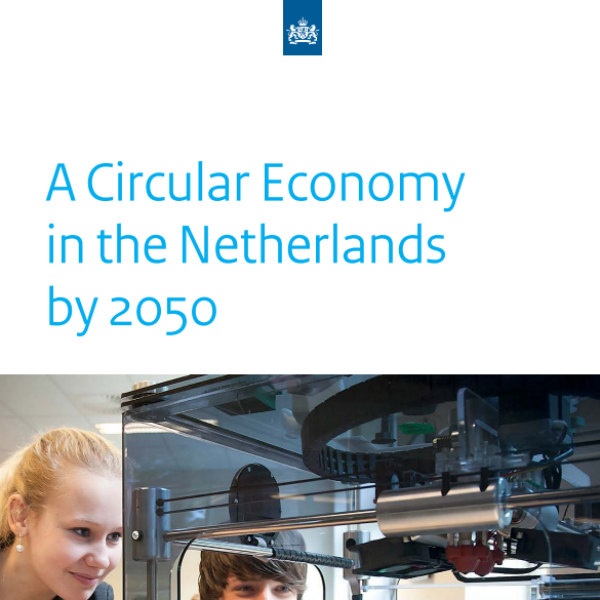 A Circular Economy in the Netherlands by 2050 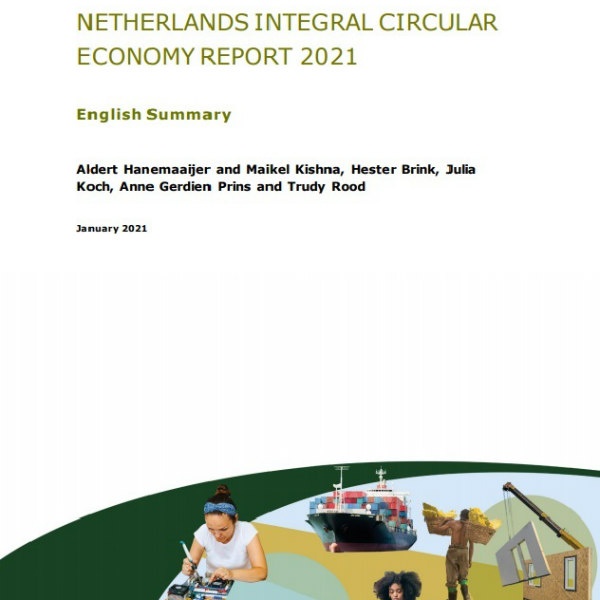 The ambition is to make the entire built environment (including housing, utility construction and the civil engineering sector) circular before 2050. This Agenda has been drawn up by a transition team comprising experts from the fields of science, the government and market parties.

Our definition of Circular Construction

The development, use and reuse of buildings, areas and infrastructure without unnecessary resource depletion, environmental pollution and ecosystem degradation. Building in a manner that is economically sound and contributes to the well-being of humans and animals. Here and there, now and later.

The Circular Construction Economy Implementation Programme, a collaboration between government and business, was started at the end of 2018. It has a duration of four years, from 2019 to 2023. A transition Team, supported by a transition bureau, oversees the realisation of the implementation programme.

The ministries of Internal Affairs (Construction) and Infrastructure & Water Management are responsible for progress and results. Every two years, PBL, the Netherlands Environmental Assessment Agency, monitors the progress of the circular transition in general and for the transition agendas specifically, in the Netherlands Circular Economy Report (ICER).

In three stages to the top

‘Mountain climbing’ has been used as a metaphor for the process that should lead to a circular economy in 2050; a mountain climb that goes to the top in three stages:

From bottlenecks to spearheads

There are already plenty of initiatives in the field of the circular construction economy. And it is clear that a circular construction economy requires close cooperation between government, the market and science. However, several bottlenecks stand in the way of the development towards circular construction. For example, there is still insufficient supply and demand, financiers are wary of the risks of innovations, and new policies and amendments to legislation and regulations are needed to remove barriers and to encourage circularity. These bottlenecks have been translated into four spearheads and 10 action points in the Implementation Programme.

An important milestone will be in 2023 when the so-called base camp will be ready. This base camp comprises all the instruments, tools and conditions needed to proceed to the following stages. The goals and actions needed to set up base camp, have recently been detailed and are described in accordance with the spearheads of the transition agenda and implementation programme: 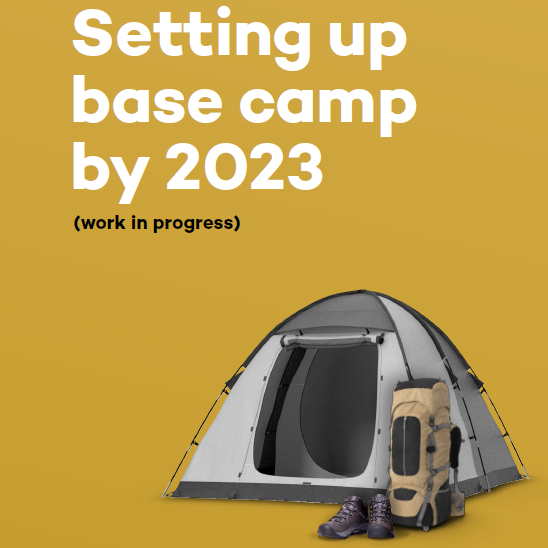 Setting up base camp by 2023 (work in progress)

Ambitions for Circular Construction and the goal-setting approach

The transition team published the Transition Agenda circular Construction Economy in January 2018. It describes the final goal for 2050: ‘a construction economy that is fully circular’. In this section we will explain how we go about achieving this final goal as well as elaborate in more detail the road to reaching that goal.

The development, use and reuse of buildings, areas and infrastructure without unnecessary resource depletion, environmental pollution and ecosystem degradation. Building in a manner that is economically sound and contributes to the well-being of humans and animals. Here and there, now and later.

The Transition Agenda explains that in 2023 a complete base camp must be realised in order to reach the ultimate goal of being fully circular in 2050. The elements that the base camp should contain are described in the publication ‘Setting up base camp by 2023’. The path until 2023 has been described in an implementation programme ‘towards the base camp (2021-2023), and is based on four spearheads:

As described, the final goal for 2050 is: a construction sector that is fully circular. This has been elaborated by the transition team:

The final goal in 2050 – a construction sector that is fully circular – means that we are then able to meet social economic needs with respect to housing and infrastructure, without overstepping the planetary boundaries in terms of CO2 emissions, pollution, loss of biodiversity and other ecological damage. In doing so, no shift of these effects takes place in time or to other countries, nor do we lose other social economic values such as security of supply, as a result of the circular construction economy.

The activities of a circular construction economy should be transformed in such a way that they no longer lead to resource depletion, CO2 emissions, loss of biodiversity and other ecological damage.

We specified this element of our final goal by stating that:

‘the development, use and reuse of buildings, areas and infrastructure in the year 2050 leads to an environmental cost indicator of zero (ECI=0)’.

Towards a guiding framework: the Dutch circular goal-specification approach

The transition to a circular economy has reached a tipping point, as is described in the Integral Circular Economy Report (ICER). We now need to accelerate and scale up in order to reverse the adverse resource trends and realise a circular economy. On 14 July 2021, a policy brief by PBL, the Netherlands Environmental Assessment Agency, describing how to specify and substantiate the goals for a circular economy, was presented to the Dutch parliament. PBL indicates in the policy brief that the next step should be aimed at the selection of product categories that have the greatest impact on the four main factors:

In addition, a specific, tailored and concrete set of goals for each of these product categories should be defined. This approach applies to the entire circular economy, and will be applied to the five transition agendas that have been developed, one of which is the circular construction economy.

This concludes stage 1 of the goal-specification approach for the circular economy. The second stage focusses on the further detailing and specification of the goals of these product categories, as well as the elaboration thereof in roadmaps, and matching implementation programmes for the next four years.

Overall, the goal setting process will comprise of three steps, which we will explain below, with a brief description of the approach of the CCE transition team.

In setting goals for the selected product categories we use the final goal in 2050 as described previously, and the 2030 goal that is a derivative of this. The reduction of impact on climate, environmental pollution, biodiversity and security of supply are starting points. To this effect we use an existing and widely accepted method in the construction sector to determine environmental effects, the ECI (environmental cost indicator) method.

The transition team and departments elaborate the strategy per product category combining overall goals, circularity targets, and performance goals in a roadmap. Specific expertise on cross-cutting themes such as finance, legislation, etc. contributes to the process. The roadmap also indicates which activities (measures and instruments) are needed to meet the set performance goals.

At the end of 2018, a transition team Circular Construction Economy (CCE), which comprises representatives from government/public authorities and the housing and civil engineering sector, was established. These professionals, in a personal capacity, direct the execution of the implementation programme, supported by a transition bureau. They convene at least five times a year. 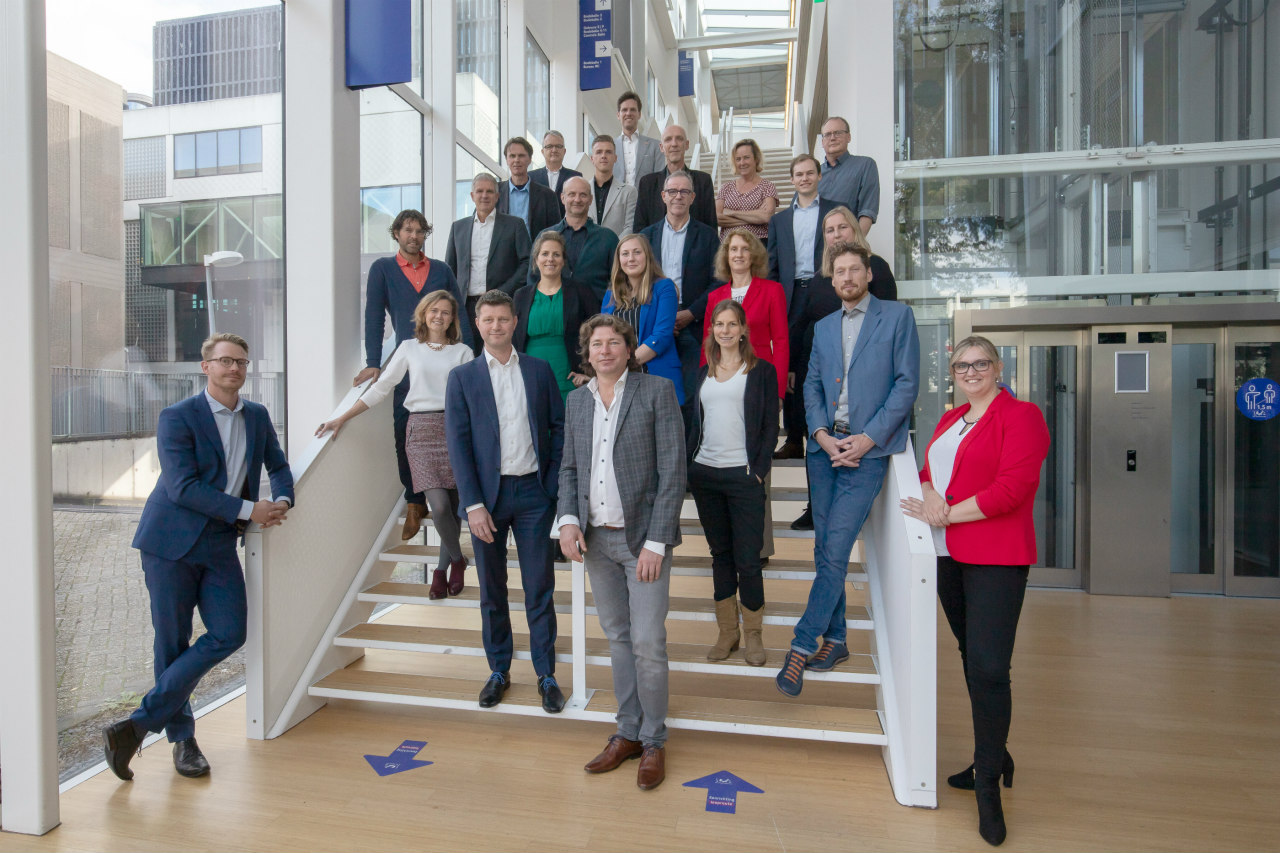 Circular Procurement in 8 Steps: Guideline for Residential and Non-Residential Construction

This guideline offers eight steps for circular procurement with a wide variety of examples from residential and non-residential construction. 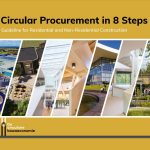 What is circular construction and what steps can you take? This document connects theory to practice, with facts, background stories, examples and interviews with constructors, designers and experts. 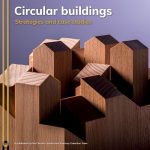 Circular Procurement in 8 Steps: Guideline for the Civil and Hydraulic Engineering Industry

This guideline offers eight steps for circular procurement with a wide variety of examples from the civil and hydraulic engineering industry. 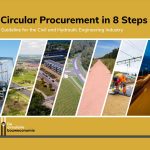 The english version of the lexicon 'Circular Construction', created by Platform CB'23, with unambiguous terms and definitions. 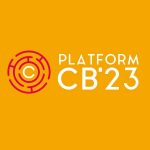 What does the Dutch National Environment Database foundation do exactly? This video explains the method behind the database. 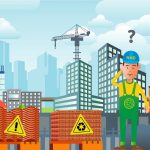 In this report, the Business and Value Case working group that was part of the Open Learning Environment Circular Bridges and Viaducts details four possible circular business models for infrastructure. 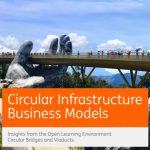 Seven perspectives on the use of timber in building design and construction. 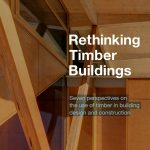